The Hamburg Police is facing a growing number of burglaries annually. Most of them could have been impeded if neighbours would keep an eye on each other. This campaign highlights this fact and teaches people to call 110 - even with only a small suspicion.

After the film got launched, we rewarded people who called the police and preventet a burglary.
They got their story told in a unique comic that was released online and in Germanys biggest newspaper "Bild" every week. But there's more to come - they even got a 3D-printed action figure of themselves to become a real part of the Heroes of Hamburg. 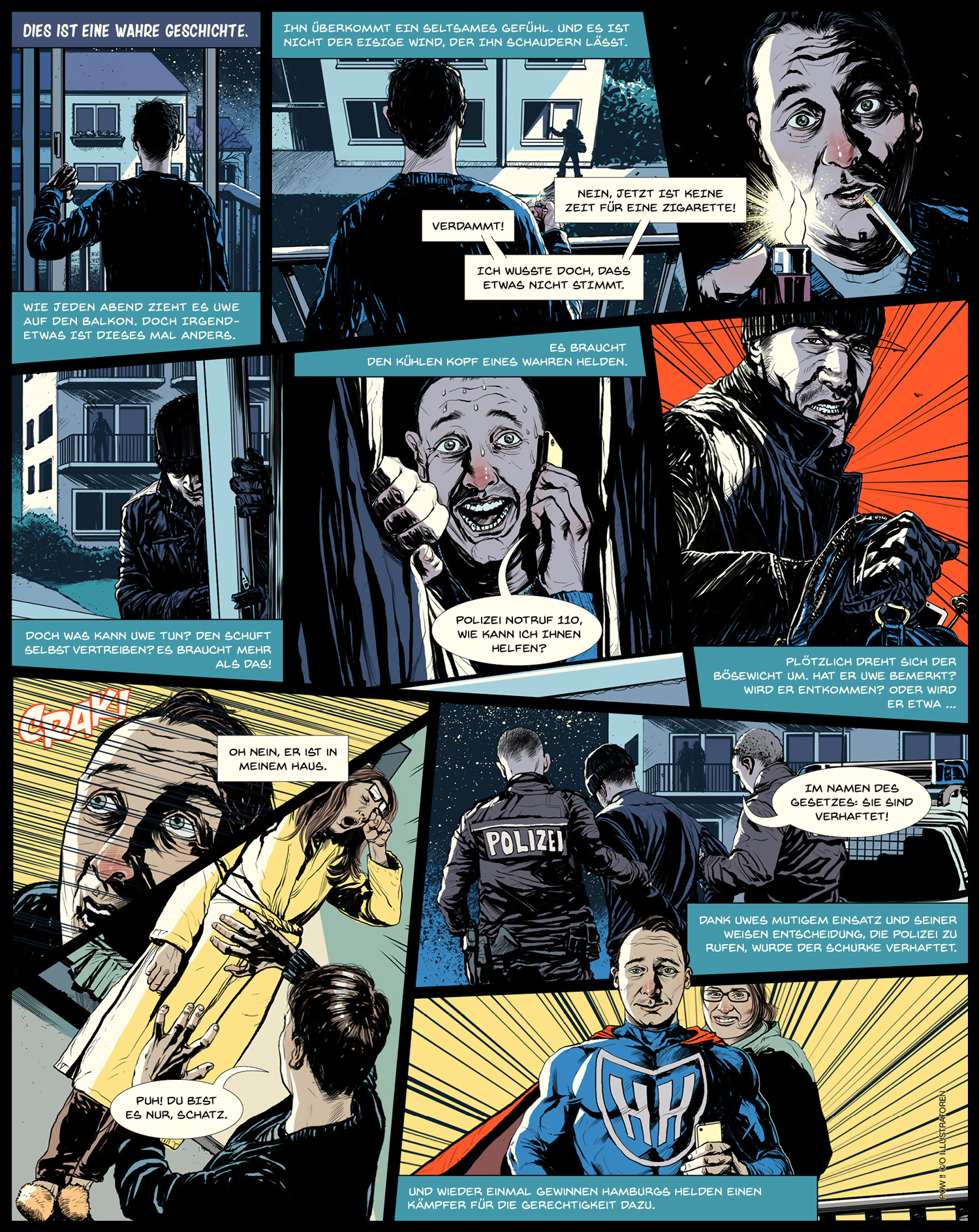 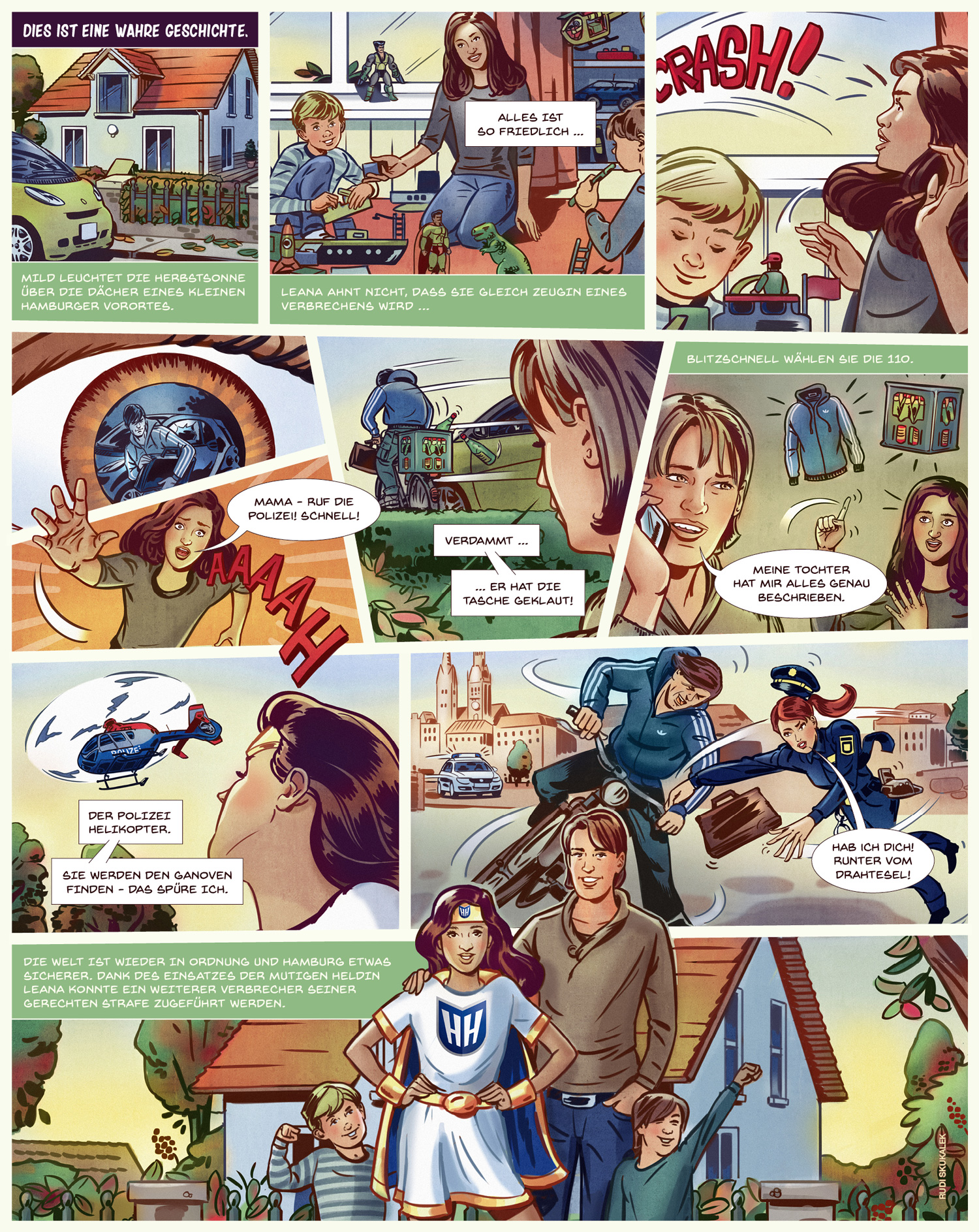 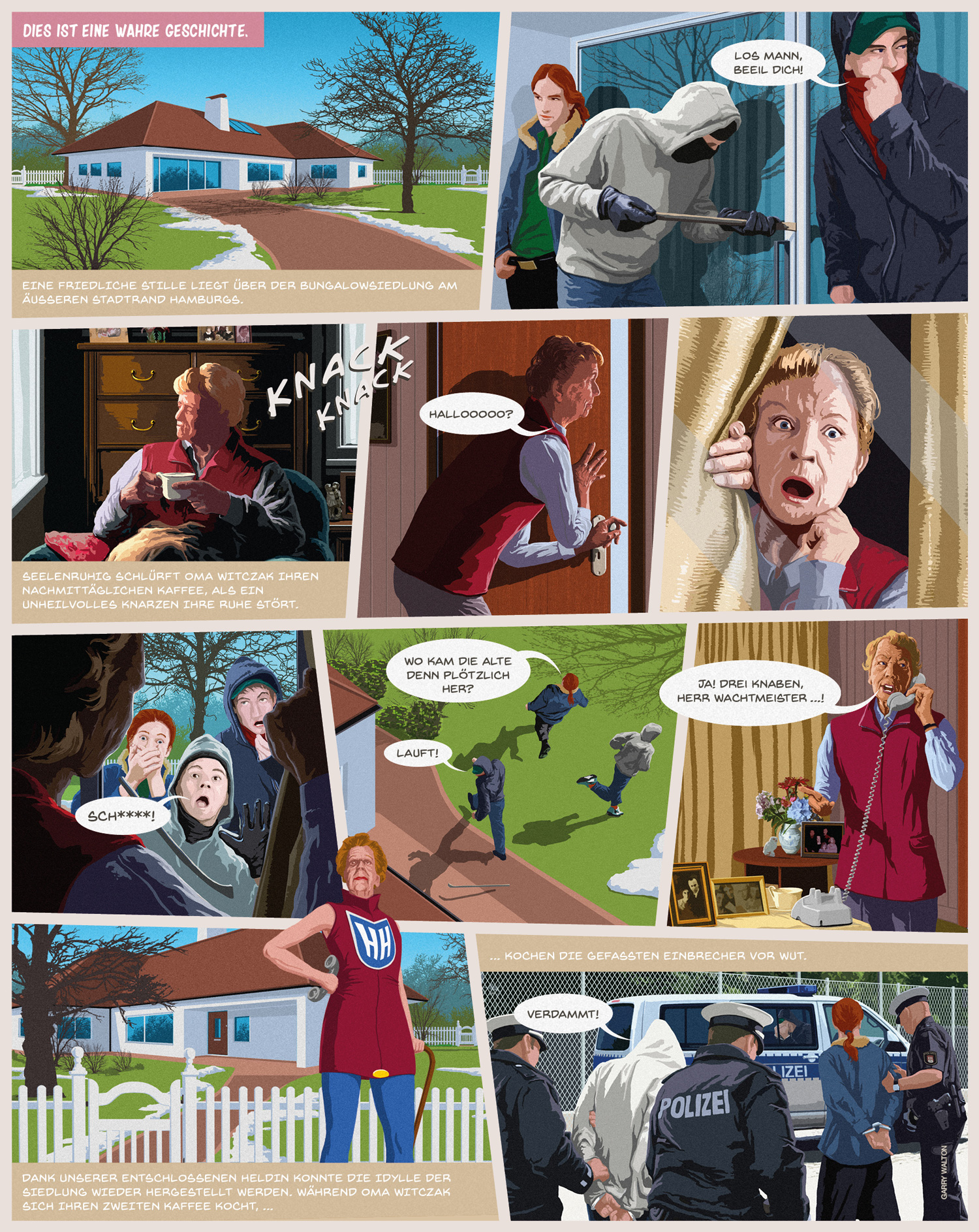 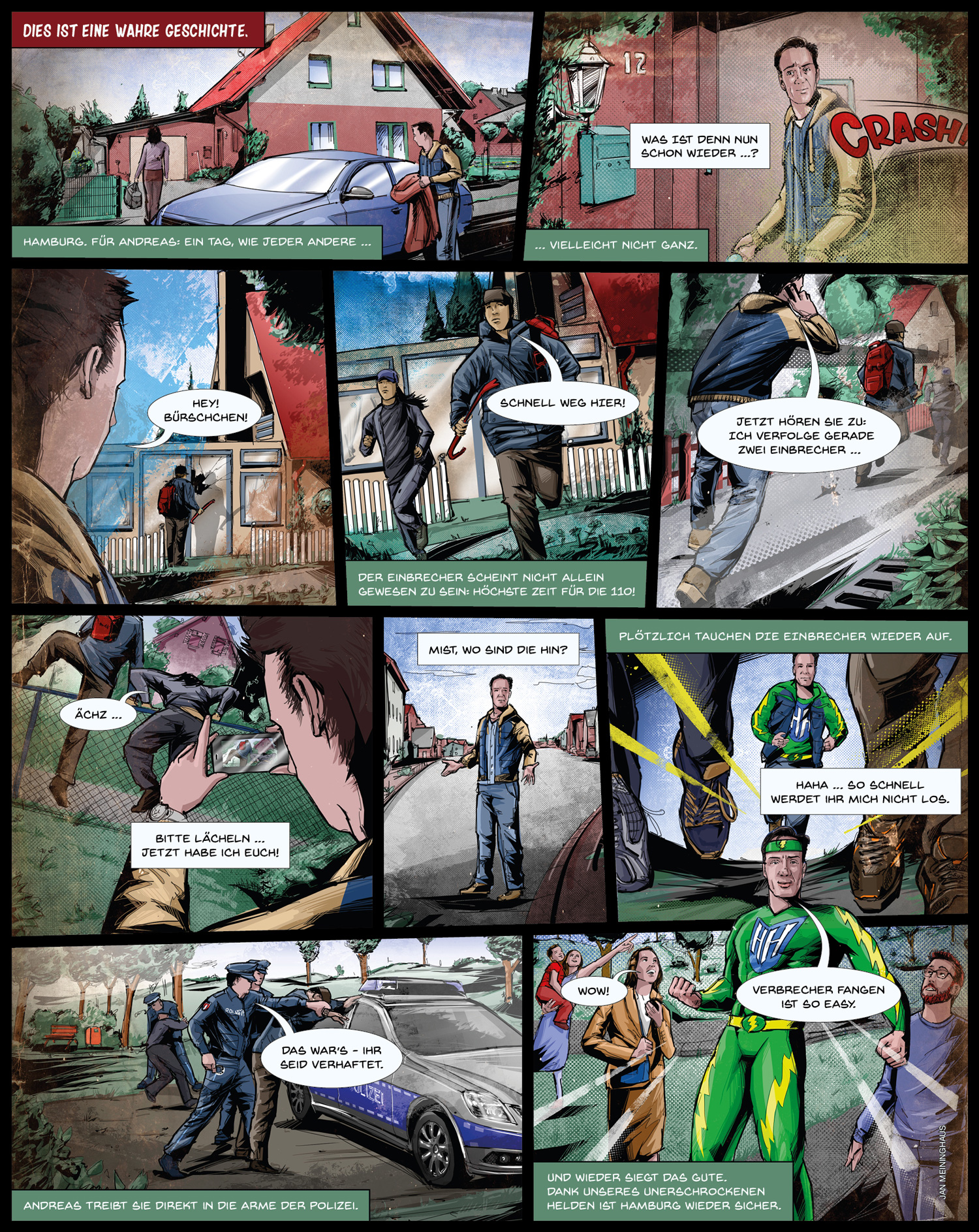 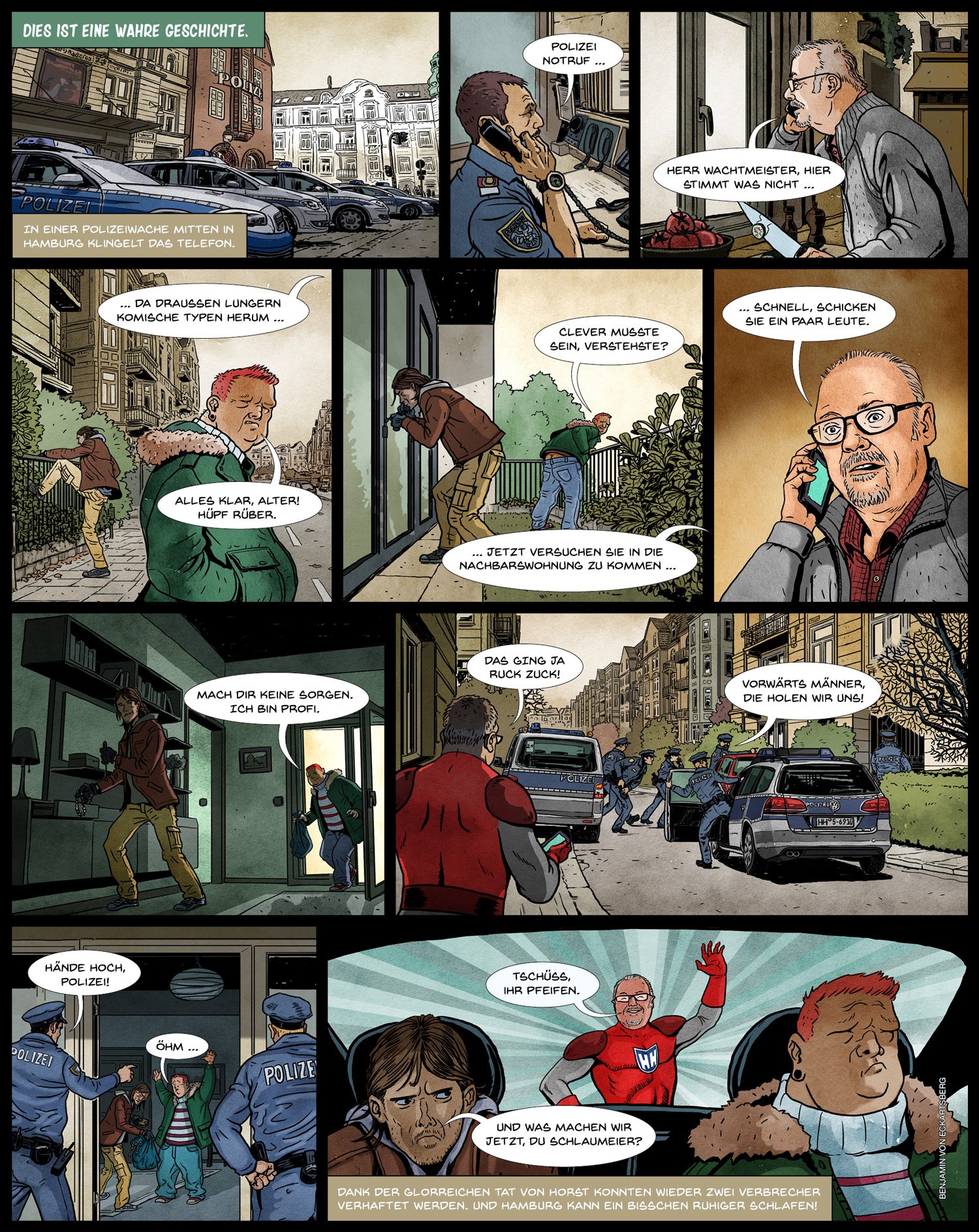 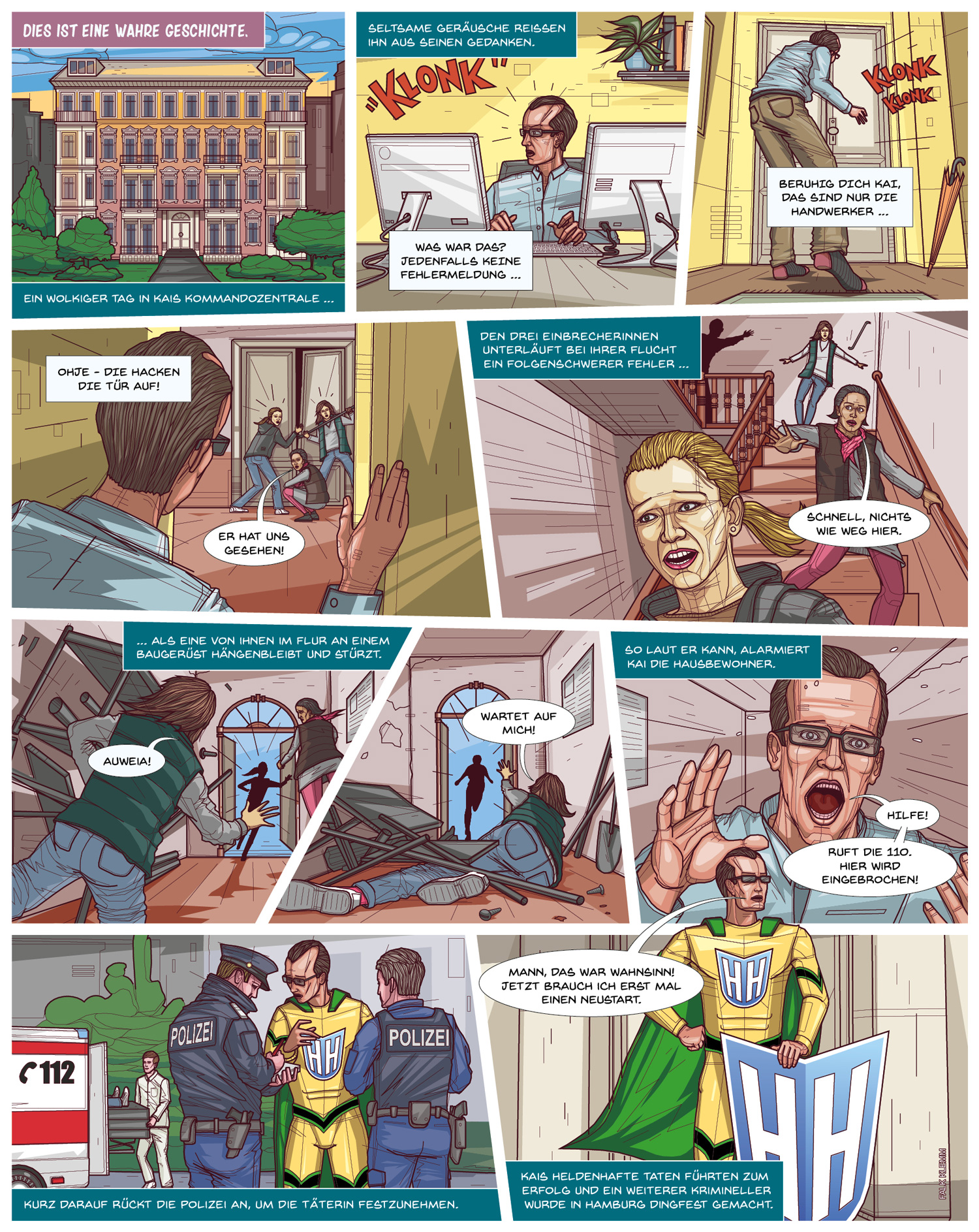 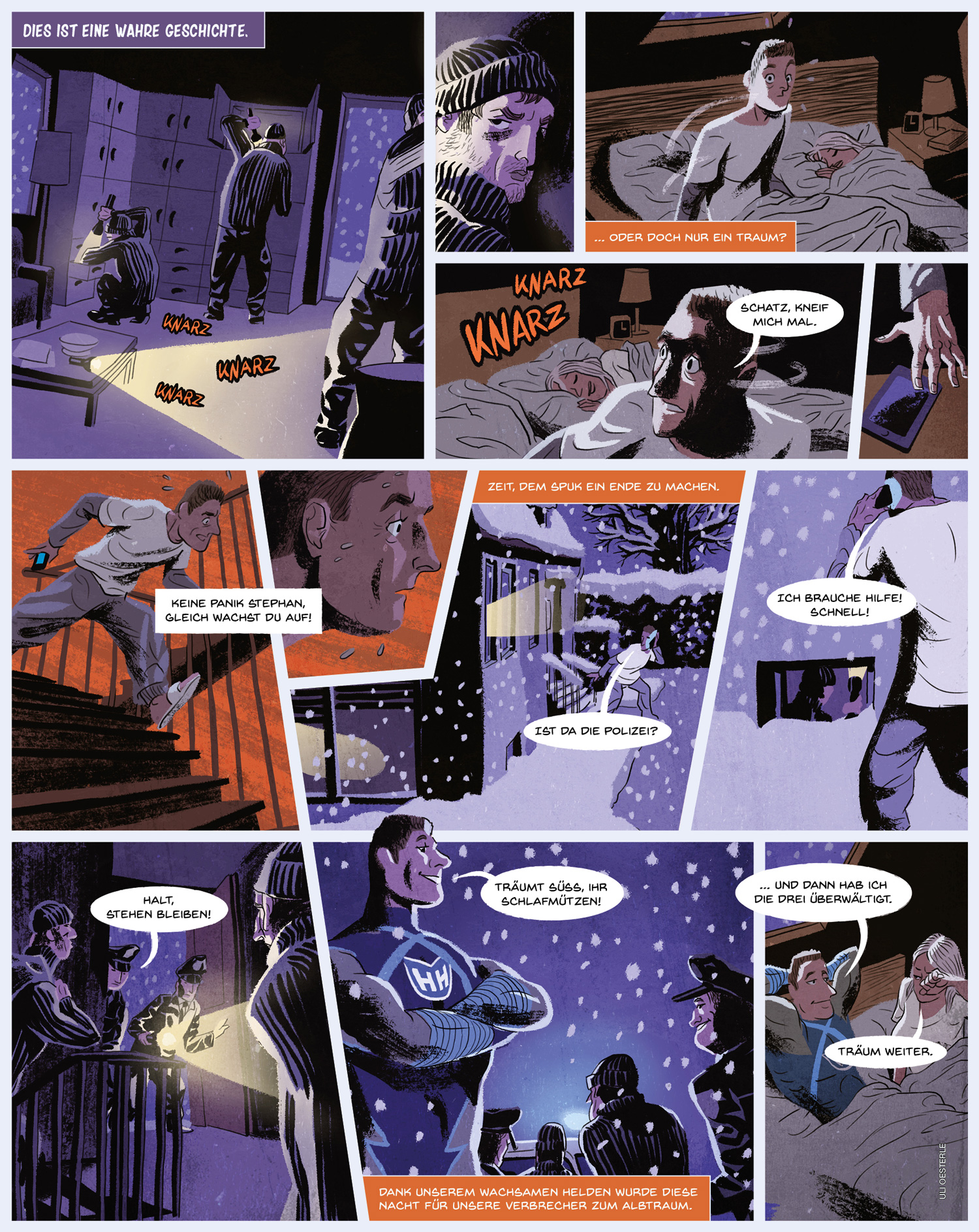